Cardholder activates a replacement card and uses a mobile banking app to find out which merchants received automatic card updates over time.

Available for use by 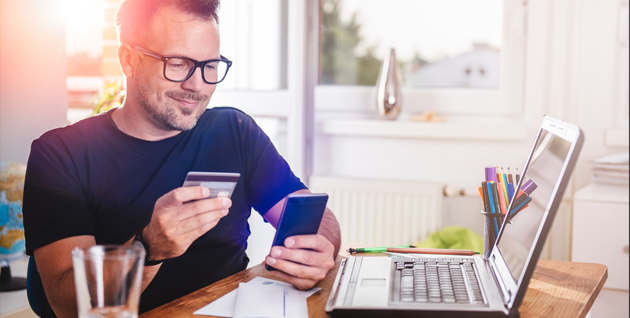 Jim signed up for a promotional offer from his bank to upgrade his credit card to a Signature Rewards card. He receives his new card in the mail and activates it using his bank’s mobile app. He is excited to start earning rewards.

Jim soon realizes he needs to update all the merchants he previously set up for automatic bill pay or other card-on-file arrangements with his old card. Understanding this, the bank notifies Jim via its app that it participates in an account updater service that will update merchants that also participate in the service with his payment information. The notification advises him to check the app periodically to see which merchants have received his updated card info.

A few days later, Jim checks the app and sees several merchants received updates, including his cell phone provider and ride sharing service, but he does not see his gym listed. He knows his monthly gym membership fees are coming up, so he calls and provides the gym his updated card information and avoids a late fee. Jim is glad he does not have to call all of the merchants he has setup for automatic bill pay or other card-on-file arrangements and appreciates the time his bank saved him. He plans to check again later in the week to see if any other merchants received updates. 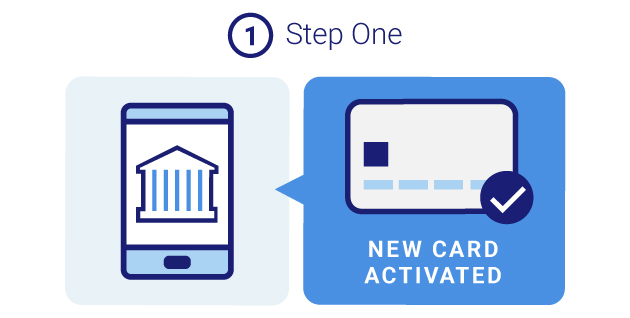 Jim receives a replacement card and activates on his bank’s mobile banking app.

He receives a message from his bank that tells him to check back periodically to see a list of merchants that have obtained automatic card updates. 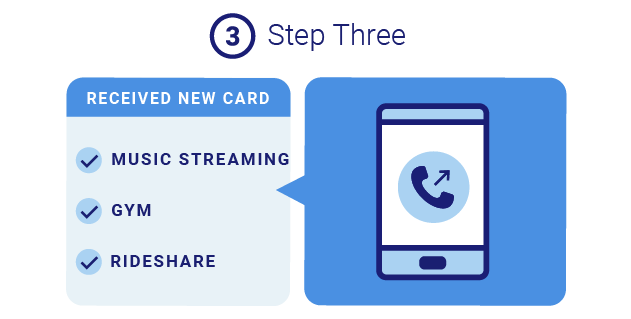 He checks back and sees some of his merchants have received updates, but some have not. He is able to just contact the ones that are not on the list to provide his updated payment information 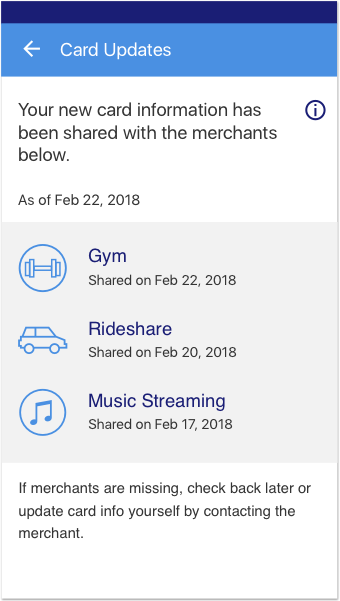 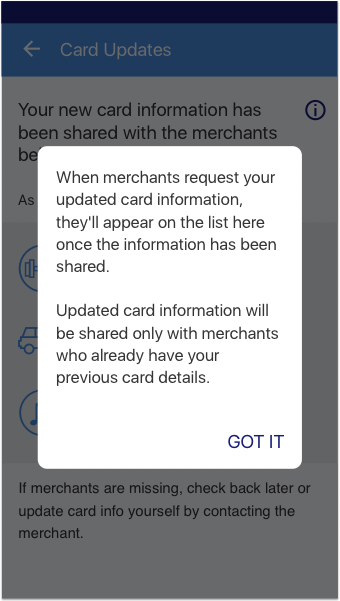 Cardholders do not have to reach out to all the merchants where they have automatic bill pay and card-on-file arrangements.

Ready to start a project with these APIs?